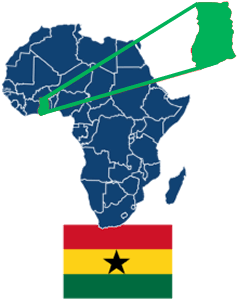 Ghana operates a mixed system of English common law and customary law. The structure and the power of the judiciary are independent of the two other branches of government. The Supreme Court of Ghana has broad powers of judicial review. It is authorized by the Constitution to rule on the constitutionality of any legislation or executive action at the request of any aggrieved citizen. The hierarchy of courts derives largely from British juridical forms. The courts have jurisdiction over all civil and criminal matters. They include the Superior Courts of Judicature, established under the 1992 Constitution, and the Inferior Courts, established by Parliament.

Event: Advocacy Meetings
Partners: Office of The Director of Public Prosecution, The Judicial Training Institute, Food and Drugs Authority and the Ghana Bar Association
Date: May 2019